EXCLUSIVE: Discussions to cover Brexit, animation and the state of the industry in Scotland. 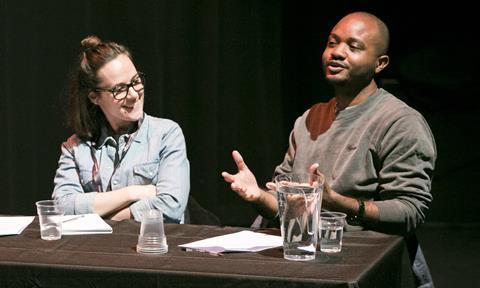 The Edinburgh International Film Festival (EIFF) has unveiled the line-up of industry events set to take place alongside this year’s festival.

The nine-day industry events program held at the Press and Industry Centre in the Traverse theatre begins with the annual EIFF Screen Summit on 21 June, in partnership with the University of Edinburgh and Creative Scotland, and in association with the BFI.

This year it will focus on two issues; the UK screen sector in Europe as the UK moves towards Brexit; and the key developments in Scotland’s screen sector in the past 12 months. This session will begin with a keynote address from Fiona Hyslop, cabinet secretary for culture, tourism and external relations at the Scottish government.

Other industry events include a networking event in partnership with the BFI NETWORK and PRS for Music connecting filmmakers with producers and with composers to support future collaborations.

SDI (Scottish Documentary Institute) will moderate a discussion between fiction, documentary and animation filmmakers about the need for character driven work.

Distribution Rewired will return for the third year to focus on collaborations between filmmakers and newer distribution models.

Events will focus on how to make your film visible in a sea of content and, in partnership with Film Hub Scotland, the role of the film exhibitor is in relation to new models of distribution.

EIFF Works in Progress will showcase ten of the most exciting new films from across the UK to an invited audience of sales agents, distributors, financiers and festival programmers. The line-up, which includes eight fiction films and two documentaries, includes:

Thirty filmmakers selected from a record-breaking number of applications will take part in the four-day EIFF Talent Lab, which is supported through the Scottish Government’s Edinburgh Festivals Expo Fund.

The EIFF Ideas Lab, in partnership with Wellcome and the Beltane Public Engagement Network, will focus on comedy and science this year.

Finally, the Scottish Film Talent Network will launch a new scheme for writers moving from another medium into screenwriting supported by an event with guest speakers including Gregory Burke (’71).