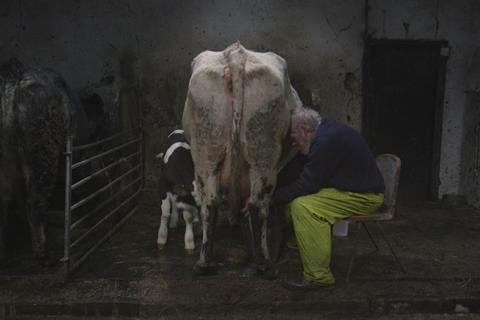 The 74th Edinburgh International Film Festival (EIFF) has announced the full programme for its 2021 edition, which will run August 18-25 as a combination of in-person and online screenings.

It includes world premieres of Cindy Jansen’s documentary Prince Of Muck, about the retired patriarch of an Inner Hebridean island; and Richie Adams’ The Road Dance based on STV News presenter John MacKay’s book. MacKay also stars in the film.

The programme includes 31 features in all, with 50% from a female director or co-director.

This year the festival’s long-running Michael Powell award for best British feature has been dropped, but a spokesperson said it will return for future editions.

The 2021 edition is overseen by a team of guest programmers led by Nick Varley, the founder and former co-CEO of distributor Park Circus. Other programmers include Christophe Mercier, a former executive at Fox Searchlight and Warner Bros; and Nada Cirjanic, a former exec at Great Point Media and Independent Film Sales.

Kristy Matheson will join as creative director of EIFF, as part of her wider new role at Scotland’s Centre for the Moving Image (CMI), after this year’s event.

The majority of physical screenings and events this year will take place at EIFF’s main Filmhouse Cinema venue, as well as other venues in the city and throughout Scotland. Films will also be available to UK audiences through new streaming platform Filmhouse at Home.

On the industry side, the Talent Lab scheme, for writers, directors and producers looking to make their first feature, returns for 2021. The workshops will run digitally across two weekends (August 13-15 and August 20-21).