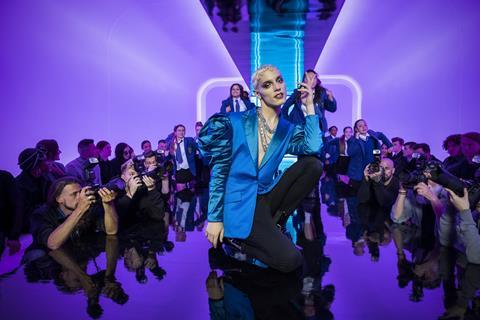 UK musical Everybody’s Talking About Jamie is to receive its international premiere at the Edinburgh International Film Festival (EIFF, August 18-25), a month before its debut on streaming platform Prime Video.

Directed by Jonathan Butterell, the adaptation of the eponymous hit musical will screen as a special preview on August 20 at Edinburgh’s Festival Theatre, where the stage production was the last show to play before the March 2020 lockdown.

The screening will see EIFF employ a “pay-what-you-can” model for the first time and will be preceded by an outdoor event in the nearby St Andrew Square, titled Edinburgh’s Talking About Jamie.

Jamie Campbell and his mother Margaret, the subjects of the original documentary that inspired the musical, are set to attend the screening.

Everybody’s Talking About Jamie received its first public screening at Frameline Film Fest - the San Francisco international LGBTQ+ film festival - on June 12. Amazon Studios acquired the feature in May and will launch it on Prime Video worldwide on September 17.

Inspired by true events, the film follows a teenager from Sheffield who dreams of becoming a drag queen. The lead role of Jamie is taken by newcomer Max Harwood and the cast includes Lauren Patel, Sarah Lancashire, Richard E Grant, Ralph Ineson and Sharon Horgan.

The film from New Regency, Film4 and Warp Films had originally been with Disney and 20th Century Studios. An initial release date of October 23, 2020 was postponed to January 22, 2021 due to the pandemic. It was further pushed to February 26 before Disney cancelled the film’s theatrical release and sold the distribution rights to Amazon Studios.

As previously announced, the 74th edition of EIFF will take place as a hybrid of in-person and online screenings, closing with Billy Crystal’s US comedy Here Today. The festival will reveal the full line-up on July 28.