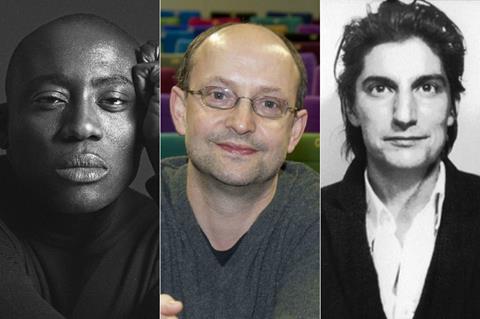 Edward Enninful, editor-in-chief of British Vogue and European editorial director of Vogue, will open the industry programme of the BFI London Film Festival (LFF) on Thursday October 7 in an in-conversation event as part of the LFF Connects strand, which looks to explore the intersection between film and other creative industries.

Search will talk about her career which includes a stint as commissioning editor at Channel 4, and co-founding Britdoc, which was renamed Doc Society in 2017.

Six industry panels will take place including ‘The Creative Pivot: How Virtual Production is Changing the Game for Everyone’  that will discuss the possibilities opened up for films and series of all budget levels by virtual production. Held in association with Screen International and supported by Warner Bros Studios Leavesden, the panellists are James Whitlam, managing director – episodic at creative studio Framestore; Ryan Beagan, vice-president of virtual production at Warner Bros; VFX supervisor Angus Bickerton; and executive producer Lisa Gray, who works with UK virtual production specialist Bild Studios.

Returning sections of the talent development programme including the works-in-progress strand, with selected projects to be announced soon; the critics mentorship programme, which has a particular emphasis this year on Black, African, Caribbean, Black British and those identifying as having a disability; and BFI Network@LFF, a programme of masterclasses, screenings, events and one-to-ones with industry professionals.

With an overarching theme of ‘Creativity and Convergence’, the industry programme will be a hybrid of in-person events, and digital access to panels and press screenings, including post-festival.

The annual Buyers & Sellers event presenting films which are yet to secure UK distribution or sales representation will return as an in-person session; however the 15th year of the two-day Production Finance Market will be fully online.

Press and industry screenings for the festival have already commenced, running in-person and online; while daily networking ‘Happy Hours’ will be available to delegates at the BFI’s Stephen Street hub from 17.30-19.00 BST.

“Though we are still in the midst of this immense social, cultural and political shift, this year’s programme is a testament to the Industry’s ability to persevere in the face of global uncertainty.

The World Is Truly A Stage: How UK Writers Have Moved To And From Film, Series And Theatre – speakers: Jack Thorne, Lucy Prebble, Steven Knight

The Filmmaker Gaze: What Is The Truth When You Are Telling Your Own Or Someone You Know’s Story? – speakers: Jide Tom Akinleminu, Sam Firth, Ahmet Necdet Cupur, Wang Qiong

Colourism In Hair And Make Up: Why Is It Still So Hard? – speakers: Jamika Wilson, Araxi Lindsey, Kamanza Amihyia

But I Can Start A Podcast From My Kitchen, Right? – speakers: Steve Ackerman, Rob Herting, N’Jeri Eaton, Ruth Fitzsimonsth