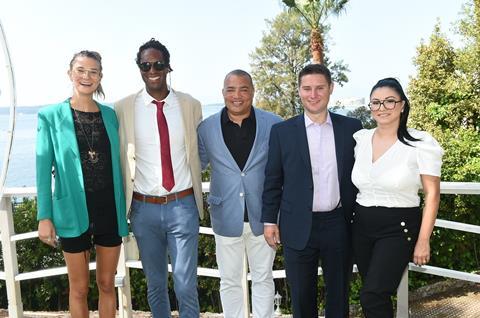 Epic Pictures and its horror brand Dread are teaming up with 88th Street Productions on a first-look film and television development pact.

Under the partnership 88th Street, the new feature production arm of the Oscar-qualifying HollyShorts Film Festival, will develop select horror, thriller and other genre content with filmmakers from HollyShorts selections.

88th Street is currently in development on a feature with Stefan Dezil (shorts Thirst, Ecstasy) and is fast-tracking an untitled original horror series with David Dastmalchian, whose credits include The Suicide Squad and Dune, and Legacy FX.

The company is also ramping up its television slate and previously privately funded and produced eight short films with a ninth in pre-production ahead of an anticipated summer shoot.

Dread will headline a keynote conversation during this year’s 18th edition of the festival, which runs August 11-20 at TCL Chinese Theater and Japan House Hollywood, and sponsors the horror programme.

Kalani Dreimanis, director of international sales at Epic Pictures, noted the quality of filmmaking at HollyShorts and said, “I am excited to continue this partnership and begin developing projects with 88th Street and the wonderful talent from the festival.”

88th Street Productions co-founder Steven Adams said, “This collaboration with the incredible team of Epic Pictures and Dread is the perfect evolution of an already successful partnership. We are all dedicated to elevating new voices and exploring fresh iterations of classic genres.”

“For 18 years we’ve fostered an extraordinary international community of award-winning artists and we are pleased to offer them this exciting new opportunity with Epic Pictures and Dread,” said HollyShorts Film Festival and 88th Street Productions co-founders Theo Dumont and Daniel Sol.

The most recent edition of HollyShorts had six selections nominated for Academy Awards this year with two wins for Aneil Karia and Riz Ahmed’s The Long Goodbye and Ben Proudfoot’s Queen of Basketball.

88th St Productions was represented in the deal by attorney Clifford Lo and Dan Sheldon of Alta Global Media.