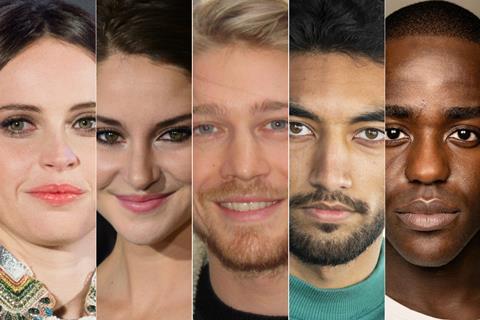 Felicity Jones, Shailene Woodley, Callum Turner, Joe Alwyn, Nabhaan Rizwan, and Sex Education’s Ncuti Gatwa are heading the cast of romantic drama The Last Letter From Your Lover, an adaptation of Jojo Moyes’ novel to be directed by Augustine Frizzell for the UK’s Blueprint Pictures and Canada’s The Film Farm.

Studiocanal is backing the film, which starts production in Mallorca on Monday, October 14, before moving to the UK.

The Last Letter From Your Lover is an adaptation of the best-selling novel by Jojo Moyes about two couples in different timeframes, 1960 and 2003.

The story follows Ellie (Jones), a young female journalist in contemporary London who uncovers a series of love letters in the archives which tell the story of an affair in the 1960s between Jennifer Stirling (Woodley) & Anthony O’Hare (Turner).

It will be the second feature for US director Frizzell, who previously made Sundance 2018 comedy-drama Never Goin’ Back. She also directed the pilot of HBO’s Euphoria.

Graham Broadbent and Peter Czernin are producing for Blueprint, with Simone Urdl and Jennifer Weiss for The Film Farm. Jones and Woodley are executive producers on the title.

Studiocanal is fully financing the film and distributing in the UK, France, Germany, Australia and New Zealand. It is also handling sales worldwide.

Blueprint, which produced the Oscar and Bafta-winning Three Billboards Outside Ebbing, Missouri in 2017, recently shot Autumn de Wilde’s Jane Austen adaptation Emma with Working Title Films, and  Gil Kenan’s A Boy Called Christmas, an adapation of the novel by Matt Haig, for Studiocanal and Netflix.