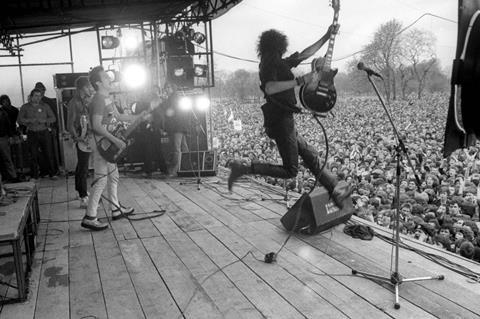 Film Movement has acquired all US rights from Visit Films to the British Rock Against Racism documentary White Riot and will release via its virtual cinema platform in October.

Rubika Shah’s film won best documentary at the BFI London Film Festival and earned a special mention from the Generation 14plus Jury at the Berlinale, expands on her documentary short White Riot: London.

The film takes place in the late 1970’s as a Britain deeply divided over immigration sees the far right National Front consolidate power.

In opposition to this, the Rock Against Racism movement sweeps across the UK and Europe, culminating in a mass march and concert.