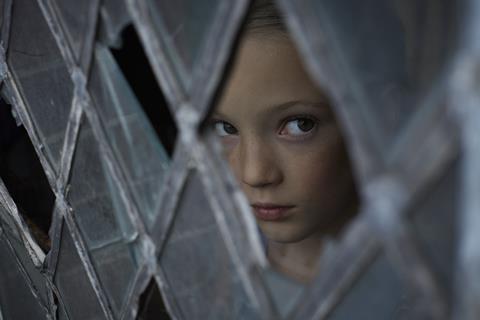 Raffiella Chapman in The Visitor

Filming has wrapped on The Visitor, the UK debut feature from writer-director Sebastian Godwin and his producing brother Hugo Godwin.

The pair, who were Screen Stars of Tomorrow in 2008, funded the feature through Film London’s microbudget Microwave scheme, which is supported by the BFI and BBC Films.

The VisItor is also produced in association with Ian Sharp and Emma Dutton at Sharp House and Andy Brunskill’s SUMS Film And Media Ltd.

Screen can also reveal a first-look image from the film, which features child actor Raffiella Chapman (The Theory Of Everything) in the role of Anna.

The Visitor tells the story of a young woman who arrives at the home of her new husband’s estranged family to find the children behaving in increasingly unnerving ways.

The Visitor was greenlit in May 2015 alongside Faye Gilbert’s dystopian thriller Zero (then called Kill Her Witch), which started shooting last month.

To read about the latest batch of Microwave projects, click here.