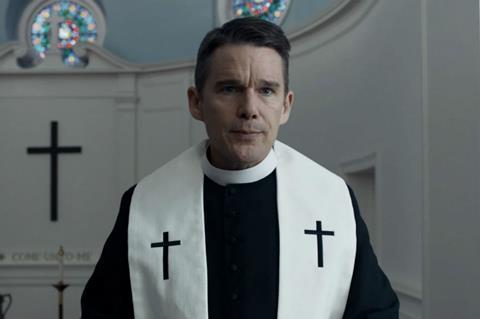 Chloe Zhao’s The Rider from SPC was named best feature at the 2018 Gotham Independent Film Awards on Monday night (26), while A24 continued its impressive awards season with five wins to follow a strong showing at the recent Spirit Awards nominations.

All three A24 titles figured prominently in the recent 34th Spirit Awards nominations and remain a potent force as a slew of critics groups prepare to announce their winners in the traditional year-end salvo. Industry observers are also talking of First Reformed and Hereditary’s Collette as potential Oscar nominees.

Academy Award hopeful The Favourite started the night with three nominations and by the end Fox Searchlight’s Restoration comedy emerged with a sole win in the Jury Award for Ensemble Performance that honoured Rachel Weisz, Olivia Colman and Emma Stone.

Weisz received a tribute at the ceremony, as did At Eternity’s Gate star Willem Dafoe, 22 July director Paul Greengrass, and documentary producer Jon Kamen. Sandra Lee collected the “Made in NY” award.

Audience Award
Won’t You Be My Neighbor? (Focus Features).