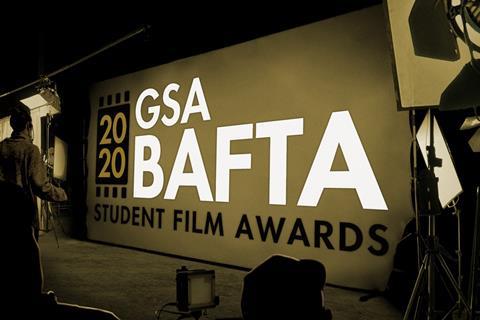 Films by students from France, the US and Russia were among the winners of the 2020 GSA Bafta Student Film Awards presented at a digital ceremony hosted by actor Elliot Knight.

The GSA Bafta Student Film Awards celebrate the next generation of filmmakers from around the globe and nine finallists were selected from close to 700 submissions from film schools in 35 countries across Europe, North America, South America, Africa, Asia, and Australia.

The Bafta Student Film Award for Documentary was awarded at the August 7 virtual ceremony to Lucas Guilkey from University of California, Berkeley, USA, for What Happened To Dujuan Armstrong? The Bafta Student Film Award for Live Action was awarded to Tatiana Fedorovskaya from Higher Courses for Screenwriters and Film Directors, Russia, for Mum’s Hairpins.

This year’s finallist films were set in the US, Ghana, Uganda, Cambodia, Ukraine, Bosnia and Herzegovina and other countries in Europe. Subject matter ranged from ecosystem collapse, racial and economic justice and the plight of refugees, to the Holocaust and land mine detection.

Additionally, the Bafta-GSA (Global Student Accommodation Group) Short Film Commissioning Grant was awarded to Mishal Mahmud from The University of Southern California, USA, for her film Witness and Julio Ramos for his film Premature.

The $12,000 commissioning grant was launched last year to provide filmmakers with a platform to raise awareness and encourage change in how wellbeing is understood among 15 to 25-year-olds.

“We are truly humbled by the talent and artistry of this year’s finallists, and proud of how this international program can provide a platform for new voices, unique stories, and alternative perspectives,” said Louise Chater, Peter Morris and Sandro Monetti, co-chairs of the Bafta LA learning & new talent committee.

“The GSA Bafta Student Film Awards have demonstrated that in spite of the incredible difficulties the year has brought, the desire to remain connected and to come together to support a new generation of creatives and storytellers remains as strong as ever.”