Iain Glen cast in a modern take on Othello, set in the world of the music business. 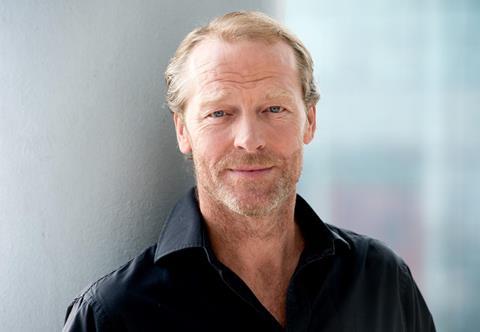 Principal photography has begun in east London psychological thriller Beautiful Devils and will shoot until July 5.

The modern adaptation of Shakespeare’s Othello is set in the world of the contemporary music business, with a cast that includes Iain Glen, seen most recently in Game of Thrones but also known for his roles in Resident Evil and Lara Croft: Tomb Raider.

A theatrical release is planned for spring 2016.

Marquand said the film will be “lurid, stylish, and bloody,” playing out as both “a dark, fatalistic love story, and a psychological revenge thriller”.

The film centres on young musician Oz (Ikhile) who abadons his friend, confidant, and musical sidekick Ivan (Langridge), in favour of his lover Darcy (Hurd-Wood) and her friend Casper (Horn).

Ivan remains close to him as he rises to stardom, secretly setting out to ruin his former friend. Ivan secures the services of Rigo (Bentley), the producer’s son who holds a jealous grudge against Oz because he has secret and unrequited love for Darcy.

Together they set about destroying the new group and lovers through lies, treachery and murder.