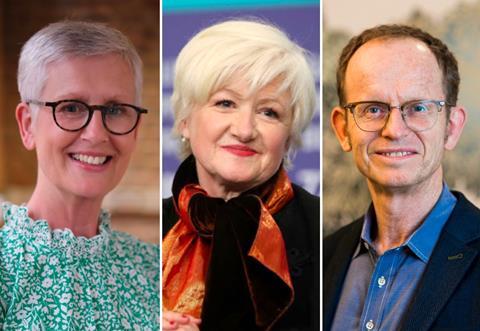 London-based production entity Genesius Pictures, producer of Good Luck To You Leo Grande, and UK sales outfit Cornerstone Films have partnered to form new company GenStone, which aims to take an integrated approach to the development, production and distribution of independent films.

The film is a UK-Australian co-production with The Reset Collective in Sydney.

GenStone will focus on the development and acquisition of intellectual property (IP); second stage support to fast track projects into finance and production; and international co-productions. A statement said it will “focus on cinematic content for a broad spectrum of audiences,” with films produced or co-produced by Genesius, with Cornerstone overseeing global distribution.

In addition to Good Luck To You, Leo Grande, further collaborations between Genesius and Cornerstone include The Iceman with Joseph Fiennes starring as the legendary Wim Hof and The Radleys which launched at the American Film Market. The companies are also partners in The Reset Collective, the Australian production and distribution company that launched 2020.

Both companies will also continue to operate as individual entities.

Debbie Gray, founder of Genesius, said: “To develop content together which ensures it can be produced and sold internationally is very exciting. We are committed to the independent film market and hope this partnership brings great opportunities for writers and filmmakers.”