Dominik Graf’s ménage-à-trois drama to compete for the Best Foreign Language Film at the Academy Awards. 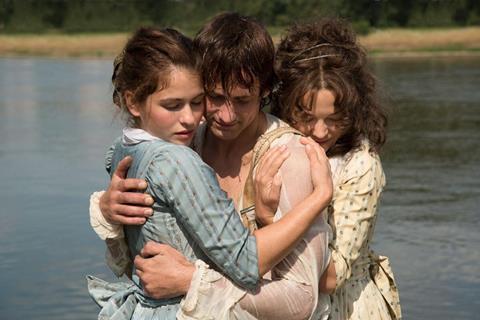 The decision was made today (Aug 27) by an independent jury in Munich, which was appointed by German Films to preside over the selection process.

In a statement explaining its motivation, the nine-person jury chaired by Peter Herrmann said: “Beloved Sisters is a modernly told ménage-à-trois that takes us back to the 18th century with a certain lightness.

“Dominik Graf directed, with his own personal signature and great sensitivity, the story of a moving love affair. The film convinces with the direction of the actors, the images suffused with light, and its very clever and unconventional composition.”

Producer Uschi Reich: “This designation is for me the greatest joy and the confirmation of my work.”

The film tells the true but little known story of a ménage-à-trois between German poet Friedrich Schiller and the von Lengefeld sisters, a utopia on the eve of the French Revolution. German actors Florian Stetter, Hannah Herzsprung and Henriette Confurius star in the leading roles.

The film was released in German cinemas on July 31 by Senator Film Verleih.

Beloved Sisters received its world premiere in competition at the Berlinale in February and went on to screen at film festivals including Copenhagen, Shanghai, Edinburgh and Moscow, and was invited to the New York Film Festival for its North American premiere.

World sales agent Global Screen has sold the rights to the US, Australia, New Zealand, Brazil, Poland and Croatia thus far. Further territories are still under negotiation. US distributor Music Box Films is planning a release on Dec 24.