The Columbia Pictures co-president of production has become president of TriStar Pictures as Tom Rothman shuffled his Sony executive pack on Thursday. 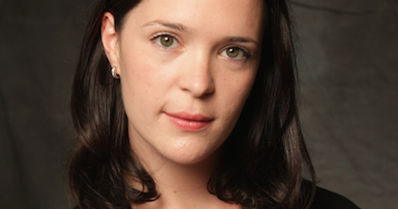 David Beaubaire (top) becomes evp of production at Columbia Pictures alongside Palak Patel (bottom), who until recently served as a producer with Joe Roth’s company.

Along with current Columbia executives Andrea Giannetti and Jonathan Kadin, they will report to Belgrad. Rothman has eliminated the Columbia president of production role.

Several films in development, including The Rosie Project, which Minghella has shepherded and has Jennifer Lawrence attached to star, will move over to TriStar.

Beaubaire will oversee completion on the TriStar films currently in the production pipeline, including Robert Zemeckis’ NYFF opener The Walk, Money Monster, in which Jodie Foster directs George Clooney and Julia Roberts, and Billy Lynn’s Long Halftime Walk, which Ang Lee will direct.

“Doug and I believe that studios often have too many layers of development executives to be fast and effective, and that’s surely what we need to be,” said Rothman. “We want seasoned, empowered execs who can make decisions and have direct responsibility to get films made. I know first-hand that David can do that, and that’s why we drafted him over to Columbia, which needs to be making big films.

“Palak is a driven self-starter who has made great films happen with Joe, and there is no better mentor.  Finally, I’m obviously a believer in TriStar’s mandate to make quality commercial films for adults, and Hannah’s impeccable taste and strong talent connections are exactly what the label needs to lead that charge. She will do much better than me there.”