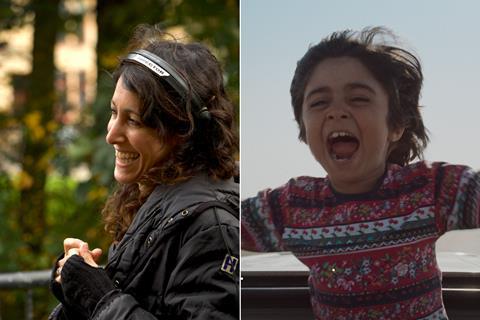 Wootliff was chosen by a panel comprised of actor and filmmaker Phoebe Waller-Bridge and BFI CEO Ben Roberts, for one of the biggest financial prizes in the UK independent film industry.

True Things premiered in Horizons at the Venice Film Festival in September, and is Wootliff’s second feature after 2018’s Only You. It stars Tom Burke and Ruth Wilson in the story of a woman living on the fringes of society, who becomes intoxicated by a stranger who overwhelms her quiet life. It is produced by The Bureau, with backing from BBC Film and the BFI.

The other IWC nominees were Lee Haven Jones for his debut feature The Feast, and Rob Savage for second feature Dashcam.

Panah Panahi’s debut feature Hit The Road won the best film award in the official competition. Hit The Road premiered in Directors’ Fortnight at Cannes 2021; it follows a chaotic but tender family on a road trip across a rugged landscape.

“At all times in cinema history, but perhaps during a pandemic especially, we are looking for ways to connect to life,” said Malgorzata Szumowska, president of the official competition jury. “Our choice is for a film that made us laugh and cry and feel alive.”

The Sutherland award for best film in the first feature competition went to Laura Wandel’s Belgian film Playground, which also debuted at Cannes in Un Certain Regard.

“It’s an intimate film that everyone can identify with and connect with, and yet has a striking and singular voice, with a courageous commitment to its vision,” commented first feature competition president Isabel Sandoval. “It left us wanting to see more from this bold, audacious filmmaker.”

Five of the seven awards given out during Sunday’s virtual ceremony were for films directed by women.

Liz Garbus won the Grierson award in the documentary competition for Becoming Cousteau, about the life of French explorer Jacques-Yves Cousteau. Section jury president Kim Longinotto praised the film for highlighting “the most pressing issue of our time, climate change.”

The audience award was won by Costa Brava, Lebanon, the debut feature of Screen Arab Star of Tomorrow 2016 Mounia Akl, which premiered in the Horizons Extra section at Venice this year. The award was won last year by Thomas Vinterberg’s Another Round, which subsequently went on the win the Oscar for best international feature.