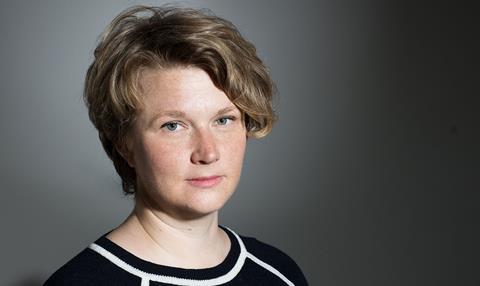 The Levelling director Hope Dickson Leach has received the inaugural IWC Filmmaker Bursary Award, presented in association with the BFI, which comes with a £50k grant.

The award was presented to Dickson Leach by Cate Blanchett at a dinner held on the eve of the BFI London Film Festival (Oct 5-16).

Ellie Kendrick-starring drama The Levelling plays in competition at the London Film Festival, screening on Friday (Oct 7), following its premiere at Toronto.

Hope Dickson Leach commented: “Winning this means everything - my life has just changed in two minutes. Being a mother of two children and a filmmaker is really tricky and I’ve now been given the gift of time.”

BFI CEO Amanda Nevill added: “All four shortlisted candidates were so strong that it was heart-breaking to be forced to select only one. It’s a great joy to bring their films to new audiences in the festival. Hope Dickson-Leach is a hugely promising director and The Levelling demonstrates her assured transition into feature filmmaking with a story about women in British society, exploring complex family relationships at a point of crisis.”