Sixteen Films exec will discuss her experience of navigating the international production market. 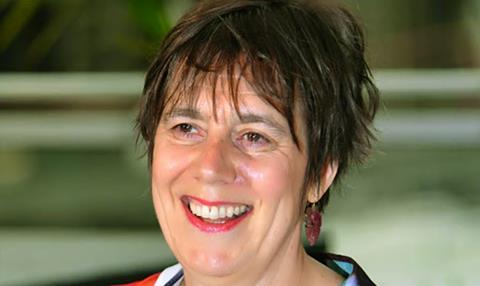 Rebecca O’Brien, the multi-BAFTA nominated producer of films including Cannes’ Palme d’Or winners The Wind That Shakes The Barley and I, Daniel Blake, has joined the line-up of speakers at the 2016 Screen Film Summit (November 24).

The regular Ken Loach collaborator, a PACT council member whose early credits include box office hit Bean (co-producer) and iconic Stephen Frears drama My Beautiful Laundrette (location manager), will discuss the advantages and pitfalls of co-productions, and offer her advice on how to navigate the international co-production market.

The company recently garnered seven BIFA 2016 nominations for I, Daniel Blake and one for documentary Versus: The Life And Films Of Ken Loach.

The Screen Film Summit is to be held next Thursday November 24 at Picture House Central in London. For a last opportunity to book tickets, click here.

O’Brien joins the roster of other high-profile industry speakers at the event, which will include a keynote by award-winning writer-director Susanne Bier and a panel with emerging UK producers, chaired by producer Finola Dwyer of Wildgaze Films.

The next generation producers panel will feature Tristan Goligher (45 Years) of The Bureau, Faye Ward (Suffragette) of Fable Pictures, producer Julia Nottingham (All These Sleepless Nights) and producer Uzma Hasan (The Infidel) of Little House Productions. The speakers will unpack the experiences and challenges of getting films made, including budget breakdowns, funding splits and crew collaborations.