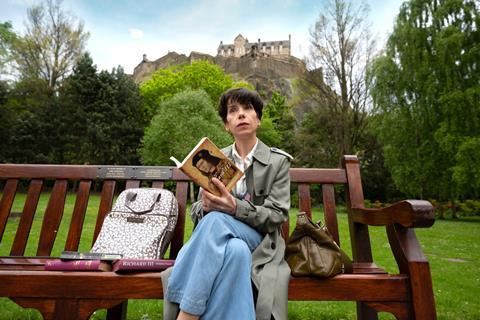 Sally Hawkins as Philippa Langley in ‘The Lost King’

IFC Films has acquired North American rights to The Lost King starring Sally Hawkins and Steve Coogan ahead of its world premiere in TIFF next month.

Stephen Frears and his Philomena co-writers Steve Coogan and Jeff Pope reunited on the true story of Philippa Langley, the amateur historian behind the discovery of King Richard III’s remains in 2012 after they had been lost for 500 years.

Langley spent years searching for the remains and her passion forced the academic community and local authorities in Leicester, where the remains were discovered, to reassess what they thought they knew about the monarch. Coogan plays Langley’s husband, John Langley.

“I’m delighted that The Lost King has found a home in North America with IFC Films,” said Frears. “It was hugely enjoyable to work again with Steve and Jeff and we were blessed with an incredible performance from Sally. Toronto is always special and now we have IFC at our side”.

President of IFC Films Arianna Bocco said, “We are delighted to collaborate with the exceptional creative team behind The Lost King. Stephen, Steve and Jeff and our friends at Pathé have brought the astounding story of Philippa Langley to life and Sally Hawkins has added another brilliant performance to her resume. We can’t wait to have the world premiere with our amazing friends at Toronto this year in person, on a big screen.”

IFC films’ head of acquisitions and production Scott Shooman brokered the deal with Pathé UK MD Cameron McCracken on behalf of the filmmakers.