James McAvoy, Claire Foy to star in STX remake of 'My Son' 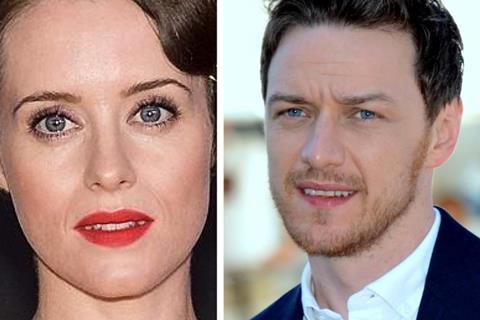 STXfilms will finance and produce the English-language remake of French thriller My Son to star James McAvoy and Claire Foy.

Christian Carion directed the French film and will reprise his role on the remake about a man who visits his ex-wife in search of answers after their son goes missing.

To heighten the character’s sense of disorientation, McAvoy will not receive a script. Instead, armed with an overall awareness of the story, he will improvise each scene.

The rest of the cast and crew will be aware of the scenes. Carion directed his original film the same way.

McAvoy (Wanted, Atonement, Split) most recently appeared in BBC/HBO’s His Dark Materials. Foy (The Crown, Firsy Man, Wolf Hall) will next be seen opposite Benedict Cumberbatch in Louis Wain for Amazon Studios, Film4, and Studiocanal.