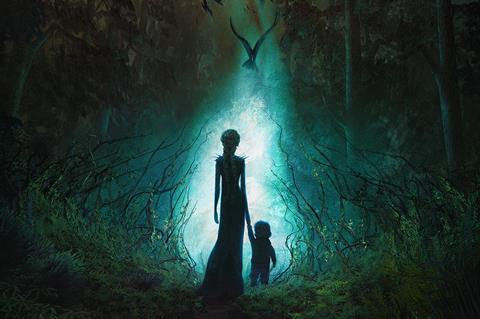 Laika on Wednesday (September 15) announced that its next stop-motion production is Wildwood and released a first-look image.

The film about love, loss, sacrifice and secrets is based on the novel by Colin Meloy, lead singer and songwriter for The Decemberists, and illustrated by Carson Ellis.

Wildwood centres on Prue McKeel, a girl who enters the forest near her home in Portland, Oregon, where one is not supposed to go after her baby brother is snatched by a murder of crows. Accompanied by her hapless classmate Curtis she ventures into the woods and discovers a world of talking animals, roguish bandits and powerful figures with dark intentions.

“As a deep-dyed native son of Oregon, I have rainwater, microbrew, and fair-trade coffee coursing through my veins,” said Knight. “With Wildwood, I have the opportunity to tell a madly ambitious story of magic, wonder, and danger set in the place I grew up. My very own Portland will join that pantheon of unforgettable fantasy realms, with a stirring epic that will kindle imaginations, lift spirits, and break hearts.”

Laika’s previous films are Missing Link, Kubo And The Two Strings, The Boxtrolls, ParaNorman, and Coraline.