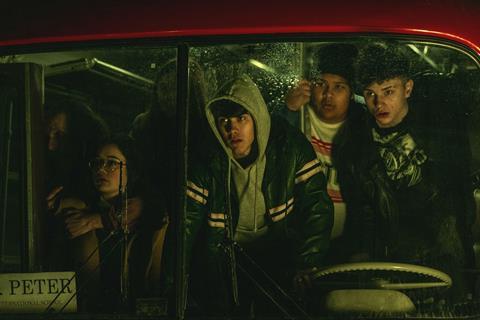 The film is about a group of children and teenagers on a school trip to Italy, who become trapped overnight in a bus  Keeping them inside is the presence of a mysterious and dangerous creature of the woods that is trying to get in. The cast includes Jack Kane, Zak Sutcliffe  and David Keyes.

The film is Liguori’s second feature following the psychological horror In The Trap, also produced this year. That project is being handled by True Colours and has sold to territories including the US, Russia, and South Korea.