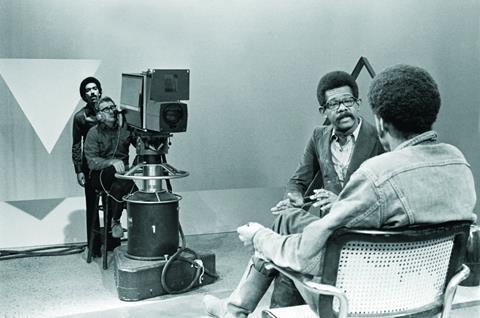 Mr. Soul! (pictured) offers an in-depth look at the late 1960s WNET public television series Soul! and its producer Ellis Haizlip. The series was among the first to provide expanded images of African-Americans on television, shifting the gaze from inner-city poverty and violence to the vibrancy of the Black Arts Movement.

Earthrise recounts how the first image of Earth was captured from space in 1968.

The AFI Docs Forum and VR Showcase included panel discussions, VR demonstrations, and micro-meetings made possible by the Corporation for Public Broadcasting and NBC News’ Meet The Press.

Meanwhile, the AFI Docs Impact Lab, now in its fourth year, gave filmmakers in the programme support through professional development and the opportunity to meet with policy leaders and advocates.