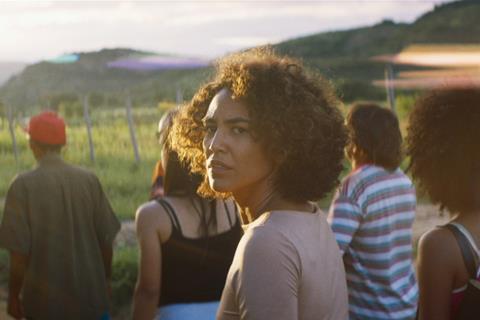 London-based streaming service and theatrical distributor MUBI has added four titles to its UK release slate, including three films from this year’s Cannes.

They include Kleber Mendonça Filho and Juliano Dornelles’ Bacurau, which premiered in Cannes Competition this year. The film, described as a “mix of socio-political commentary with genre influences” in Screen’s review, tied for the festival’s jury prize with Ladj Ly’s Les Miserables. International sales are handled by SBS International.

A third Cannes title that the streamer has picked up is Kantemir Balagov’s Russia-US drama Beanpole, which premiered in Cannes’ Un Certain Regard programme this year, winning the Best Director prize. The film follows two women in post-siege Leningrad and is inspired by Nobel prize-winning author Svetlana Alexievich’s book The Unwomanly Face Of War. Wild Bunch are on sales.

Outside of the Cannes stable, MUBI has also recently acquired Olivier Meyrou’s documentary Celebration, about the late fashion designer Yves Saint Laurent. The film played at documentary festival IDFA this year. The fashion company initially cooperated on the film, and an early version was screened at the Berlinale in 2007, before they distanced themselves from the project and objected to its release. Playtime handles rights.

MUBI has acquired all UK rights to the four titles, with release plans now being ironed out. The streamer does release theatrically in the UK – such as on the recent Under The Silver Lake, and Suspiria last year – and employs a variety of strategies including adhering to traditional windows on certain films and day-and-date on others.

The titles could also be eligible for the streamer’s MUBI GO initiative, which gives subscribers a ticker to a selected film in UK cinemas each week.