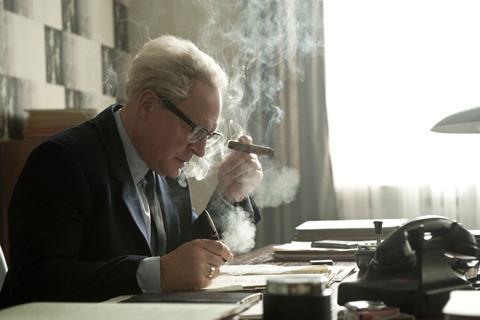 Kraume’s film – which is being handled internationally by Beta Cinema - had its world premiere on Locarno’s Piazza Grande last August where it won the Audience Award, and was named by the Best German Film of 2015 by the German Film Critics Association at their annual awards ceremony during February’s Berlinale.

While Kraume’s film is this year’s clear favourite with nine nominations in the 16 categories, Florian Gallenberger’s Chile-set drama Colonia, Wolfgang Becker’s Me & Kaminski, and A Heavy Heart all attracted five nominations apiece.

In addition, Dominik Graf’s portrait of the late film critic Michael Althen, Then Is It The End?, is in the running for the documentary Lola against David Bernet’s Democracy and Nicolas Steiner’s Above And Below, while the honours for the best children’s film will be fought out between Alain Gsponer’s latest take on the classic Heidi and Wolfgang Groos’ The Pasta Detectives 2, based on the successful children’s books by Andreas Steinhöfel.

Two awards have already been announced: the Most Popular Film of 2015 for Fack Ju Göhte 2 and the Honorary German Film Award to the veteran producer Regina Ziegler who is currently producing the English-language film Return To Montauk, the latest feature by Volker Schlöndorff,

The awards ceremony will be held in Berlin on May 27.