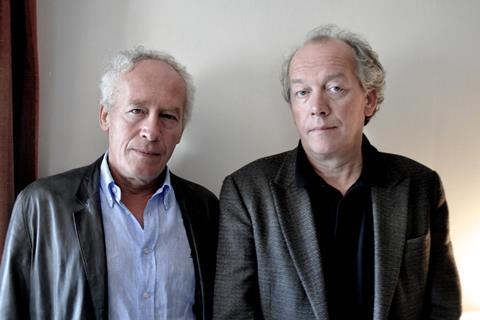 The Dardennes brothers will receive Eurimages funding for ‘Ahmed’.

A total of €6,447,783 will be invested in 23 fiction films, six documentaries and one animated feature. Contemporary political themes are prominent.

See below for selected projects

Ahmed is the 11th feature to be directed by the Dardennes brothers, which is about a Belgian teenager who plots to kill his teacher after embracing an extremist interpretation of the Koran. Wild Bunch launched the film at Cannes last month.

Also receiving funding is Daniel, the new film from Danish writer-director Niels Arden Oplev (The Girl With The Dragon Tattoo). TrustNordisk boarded the project for international sales at Cannes; it will tell the true story of the ISIS kidnapping of Danish photographer Daniel Rye Ottosen in 2013.

Gianfranco Rosi’s documentary Nocturnal, exploring border areas in the Middle East, has also received backing. The director revealed details of the project at a Doha Film Institute masterclass earlier this year: “It’s shot in the Middle East and I focus on borders, these borders that are somehow a betrayal of history and born in 1916, designed by someone with a brandy and a cigar. These borders have changed the destiny of populations.”

They include historical drama The Orphanage by Shahrbanoo Sadat, her sequel to Wolf And Sheep which premiered in Directors’ Fortnight at Cannes in 2016; and The Son by Ines Tanovic, a coming-of-age story of two teenagers searching their identity in their hometown, Sarajevo. Tanovic previously directed Our Everyday Life, Bosnia & Herzegovina’s submission for best foreign language film to the 2016 Oscars.

The Eurimages board has also pre-selected 25 distributors to receive marketing and publicity support totalling €723,389. The programme is for distributors in Eurimages member states without access to the EU Creative Europe-MEDIA distribution programme. They include distributors from Canada, Switzerland, Georgia, Turkey and Russia.

The board has also decided to integrate seven cinemas into the Eurimages network, with retroactive effect from January 1 2018 (see below for the cinemas).