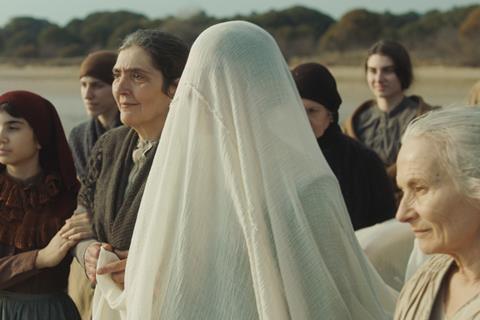 It is planning a theatrical release for the film for spring 2022, having concluded the deal with France-based sales agent Alpha Violet.

Set in Italy in 1900, Small Body tells the story of a grief-stricken young woman who leaves her seaside village behind, setting out on a perilous journey to a remote mountain sanctuary to try and free her stillborn baby’s soul.

The film won an honourable mention in the First Feature Competition at the BFI London Film Festival in October; as well as the audience award in the Historias Extraordinarias strand at Seville European Film Festival last month.

Samani has previously made shorts including The Sleeping Saint and Red Liquid.

“The film is part of our collective story along with our long-term vision to bring energy and excitement back to arthouse culture, while continuing to challenge the current status quo of the UK film industry,” said Aneet Nijjar, director of distribution at Other Parties. “We will be making further acquisition announcements very soon.”