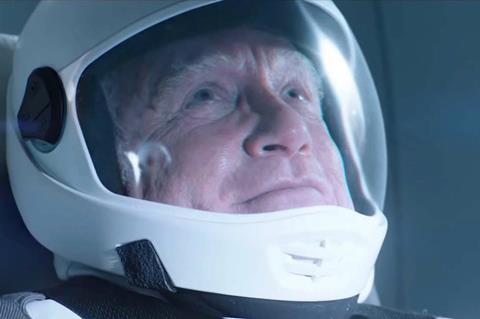 UK distributor Parkland Entertainment has revealed plans to release a raft of new titles onto digital platforms early, including three new acquisitions, as cinemas remain closed nationwide due to the Covid-19 pandemic.

Astronaut, starring Richard Dreyfuss, was set to be released on 65 screens on March 20 – three days before theatres shut their doors – but will now be available to rent and own from digital platforms on April 27.

Documentary Camino Skies will be released as a premium VOD title on Curzon Home Cinema from May 8, the original theatrical release date, marking the first time Parkland has struck such a deal with the streaming platform. A live-streamed Q&A is planned with directors Fergus Grady and Noel Smyth.

Emilio Estevez’s The Public, which was released in the UK on February 21, will break the traditional 16-week window and be available on digital platforms from May 4. Vietnam veteran drama The Last Full Measure will bypass its planned theatrical release and be made available to buy on June 1 and rent from June 15.

Parkland has also secured three new titles, led by Kristin Scott Thomas drama In Your Hands, which the distributor acquired in a deal negotiated with Alice Damiani at France’s TF1 and plans to release on digital platforms in July.

It has also picked up horror In The Trap, in a deal negotiated with Giulia Casavecchia at Italy’s True Colours, which will be released through Parkland’s genre label, Darkland Distribution; and First World War drama Blizzard Of Souls, in a deal with Michael Werner at Sweden’s Eyewell.

Blizzard Of Souls, based on the novel by Aleksandrs Grins, proved the biggest box office hit in its native Latvia in more than 30 years and will be retitled The Rifleman for its UK release.

In addition, Parkland will hold three of its planned releases for when cinemas re-open. These include comedy drama Love Sarah, starring Celia Imrie, which was set to receive a theatrical release on April 24; romantic drama 23 Walks, starring Alison Steadman and Dave Johns, originally set for an August release; and The Last Bus, starring Timothy Spall and Phyllis Logan. Each are being held for later in 2020.

Speaking to Screen about the decision to reshuffle its release slate, Parkland acquisitions director Tom Stewart said: “We are a brand new distributor with a small back catalogue so are relying on new films coming out to create revenue, either from theatrical or digital platforms. To sustain the business, we had to make the decision to release these films without hurting them and with an event feel behind each one.”

Supporting this approach, Parkland Pictures founder and CEO John Cairns said: “We are taking this time to sit back and think about our business and how best to look at opportunities for growth and sustaining our cash-flow. In the coming months and year ahead, undoubtedly the business will have changed dramatically, and we want to be ready to embrace those crucial changes.”

Taking films back to cinemas

Stewart added Parkland intends to give limited theatrical releases to Astronaut and Camino Skies once theatres are back in business. “When cinemas re-open, we have all the materials so will take those films to some independent cinemas that would like to play the film and have an audience who may not have access to VOD,” he said.

“There is an older audience who rely on seeing films in cinemas so we’ll be gladly taking both those films to cinemas when they’re ready.”

Stewart said each of the rescheduled releases had been conducted in close collaborations with licensors, producers and directors.

Speaking to the mood among the distribution community during these unprecedented times, Stewart said: “Distributors are facing these new challenges by doing something with the existing business. It has been interesting and exciting to see what can develop from approaching the business from different perspectives.”

But, adding a note of caution, he said: “Cinemas will be among the last big things to properly open again and I think the older audience will be very nervous about going back into a confined space for some time. We’re going to have to wait and see what happens.”