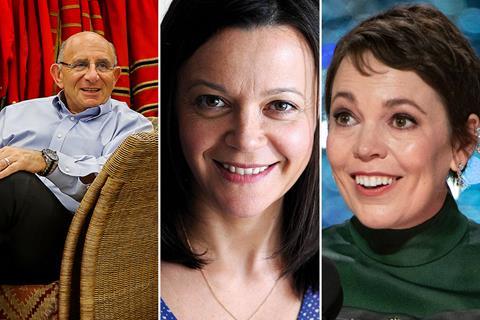 As was Andy Harries, chief executive and co-founder of The Crown producer Left Bank Pictures, who was recognised for services to film and television.

Tim Angel, chairman of the world-famous costumes supplier and also former chairman of Bafta and governor of the BFI, was awarded a CBE for services to theatre, film, television and the arts.

Olivia Colman was another CBE recipient, rounding off an extraordinary 12 months for the actress after she won best actress for The Favourite at this year’s Academy Awards.

Finally, film festival executive Cary Rajinder Sawhney was awarded an MBE for services to film. He is the executive director of the London Indian Film Festival and was formerly head of diversity at the BFI from 1997 to 2005.