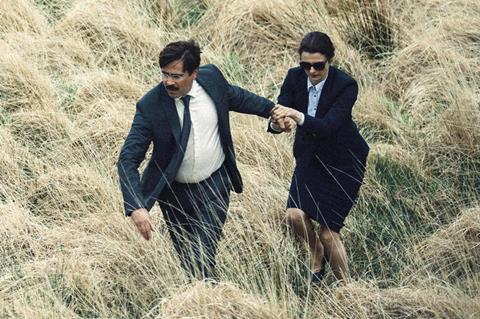 Rachel Weisz and Colin Farrell will reunite in Todd Solondz’s comedy Love Child for Killer Films and 2AM, with Madriver International set to introduce the project to international buyers at the Pre-Cannes Screenings next week.

Solondz, whose credits include Welcome To The Dollhouse and Happiness, will direct from his own script. Killer Films’ Christine Vachon will produce with David Hinojosa on behalf of 2AM.

Love Child is styled as a “dark and hilarious twist on the classical Oedipal story” and follows a precocious child who plots to get rid of his brutish father so he can have his mother all to himself. Things go awry when a handsome stranger appears.

Weisz and Farrell starred together in Yorgos Lanthimos’ 2015 Cannes selection The Lobster (pictured).

“This is my first movie with a plot and my first movie taking place in Texas,” said Solondz, whose last feature was 2016 Sundance entry Wiener-Dog. “It’s fun and it’s sexy and it’s shaped by the Hollywood movies that made me want to become a filmmaker. I’ve loved Rachel and Colin’s work forever, and am so honoured to be able to excite their passion for serious and unexpected work as well.”

Weisz will next be seen in Marvel Studios’ Black Widow next month, and plays Elizabeth Taylor in the film A Special Relationship. She stars and serves as executive producer on upcoming TV series Dead Ringers, a reimagining of David Cronenberg’s cult classic 1980s film with a gender swap. Amazon has given a straight-to-series order to the project produced by Annapurna Television and Morgan Creek Entertainment, tentatively scheduled to debut in 2022.

Farrell will next be seen in A24’s Cannes Un Certain Regard entry After Yang, and The Batman reboot.