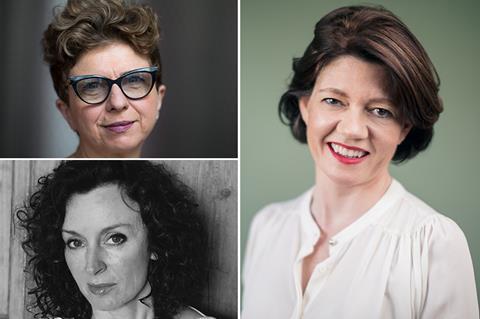 Screen International, in association with Screen Scotland, today announces a major new talent spotlight for Scottish filmmakers. The collaboration is Rising Stars Scotland, a programme that will identify and promote the next generation of Scottish film talent to the international industry.

Screen International, with almost two decades of finding the world’s top creative film talent in the UK & Ireland Stars of Tomorrow, will select ten up-and-coming film actors, directors, producers and writers who are on the cusp of their first major professional breakthrough. Chosen Stars will either be originally from or currently living in Scotland.

To apply please use this Google Form. Submissions will close on June 13, 2022.

Scotland is witnessing a wave of exceptional emerging talent, including a range of distinctive and diverse voices, and the initiative will both celebrate them and put them on a stronger international footing.

Each Rising Star will be matched with an industry mentor who can help move them on their next career stage.

The film sector’s generous community of established talent, including Gillian Berrie, co-founder and editor at Sigma Films, Lizzie Francke, Editor at Large at BFI Film Fund, and Dan MacRae, SVP of production and development at Studiocanal, have already volunteered to work with the selected participants to help capitalise on their progress in the film industry so far. Screen Scotland will work with the participants to offer a bespoke package of professional development over the following 12 months. Support offered will focus on connecting talent to key decision-makers and influencers to elevate their international profile and progress career objectives.

The selection will be made by Screen’s chief film critic and reviews editor Fionnuala Halligan, who has overseen the trade publication’s UK talent selection for the last 12 years. She can be contacted at screenstarsscotland@gmail.com.

The selection of the inaugural Rising Stars Scotland will be announced in Screen International during the 2022 Edinburgh Film Festival – the first fully live edition since 2019 and artistic director Kristy Matheson’s first year at the helm. Any applicant will need to submit a brief bio, headshot, contact details, an explanation of eligibility to be a Rising Star Scotland and an outline of their professional development objectives.

Although there is no upper or lower age limit, Rising Star applicants should be at an early stage in their film career, demonstrate exceptional promise and be ready to progress to the next level. Submissions should indicate how this recognition might help them advance.

Screen Scotland Executive Director Isabel Davis said: “Scotland’s phenomenal production growth has been a force for good, and we want to ensure that our creative talent is part of that success story.  We want to share our excitement about the next generation of exceptional Scottish talent coming through short film work and features in development and we know they deserve greater exposure. What better moment than Edinburgh in August to introduce them to a wider international audience and to make connections that will see their careers off to a flying start.”

Screen International editor Matt Mueller said: “We are delighted to partner with Screen Scotland on this initiative to showcase 10 rising Scottish talents and we look forward to raising their profiles in the international industry. As our long-time curator for UK & Ireland Stars of Tomorrow, Fionnuala Halligan’s track record in talent-spotting is second to none and I can’t wait to see the list of exceptional Scottish creative talent she selects for the inaugural Rising Stars: Scotland programme.”

Screen Scotland is the national body that drives development of all aspects of Scotland’s film and tv industry, through funding and strategic support. Screen Scotland is part of Creative Scotland and delivers these services and support with funding from Scottish Government and The National Lottery. Find out more at screen.scot and follow on Twitter and Instagram.