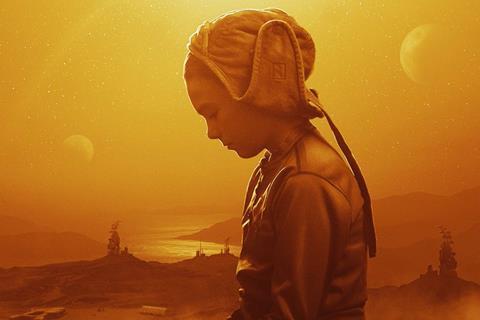 Originals Factory will release the film day-and-date in cinemas and on VoD.

Film Constellation has also sealed deals on the film for the CIS and Baltics (VolgaFilm) and the Middle East and North Africa (Falcon Films). They follow previously signed deals for the UK and Ireland, Australia and New Zealand, and Germany, Italy, Austria and Switzerland.

IFC Midnight will release the film in the US later in the summer.

Settlers stars Sofia Boutella, Jonny Lee Miller, and The Florida Project ’s Brooklynn Prince. It is about a refugee from Earth who has settled on the harsh, arid terrain of Martian outpost with her husband and daughter. The family’s hope for a better life is disrupted by the appearance of armed assailants in the surrounding hills.