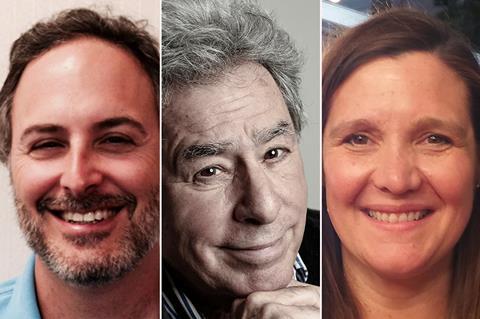 The second in our Screen Talks webinar series is taking place on Thursday, April 23 at 16:00 BST, and will look at how arthouse distributors and exhibitors are partnering in various revenue-sharing “virtual cinema” models in response to theatre closures during the Covid-19 pandemic.

Michael Rosenberg is president of Film Movement, the New York-based distributor that launched in 2002. After stints as president of eOne Films USA, and executive vice-president at Koch Lorber Films, among others, Rosenberg joined Film Movement in March 2014. He oversaw the creation of Film Movement Classics, and the launch in 2018 of online streaming service, Film Movement Plus. Recent theatrical releases have championed auteurs such as Hirokazu Kore-eda, Bertrand Bonello, and Andrei Konchalovsky. The Virtual Cinema initiative launched earlier this year in partnership with Art House Convergence.

Eve Gabereau is managing director of Modern Films, a London-based, female-led, social issues-driven film production, distribution and event cinema company. Its slate includes Haifaa Al Mansour’s The Perfect Candidate and Rubika Shah’s White Riot. At the end of March, the company invites audiences who stream films through the Modern Films website to select an independent cinema at the point of purchase. An undisclosed percentage of the proceeds will go directly to the cinema, with 22 venues initially signing up to the initiative.