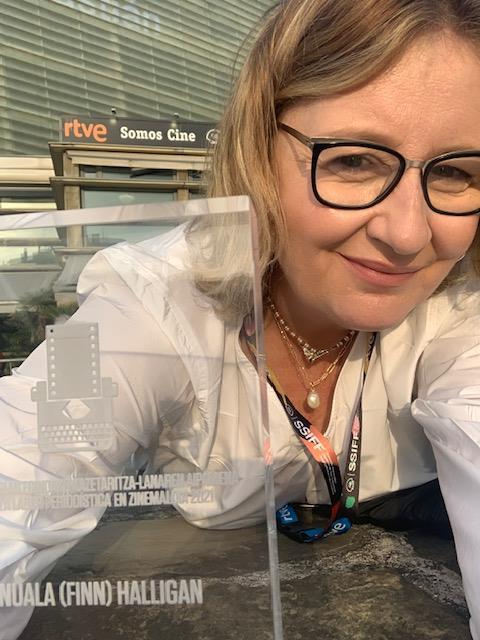 Fionnuala Halligan, chief critic and reviews editor for Screen International, has been honoured for her contribution to journalism at the San Sebastian International Film Festival.

Halligan was awarded the Recognition of Journalism Work prize at the festival in Spain on Thursday September 23. It was presented by Javier Hurtado, the minister of tourism, commerce and consumption in the Basque government, following an introduction by SSIFF director Jose Luis Rebordinos.

Also honoured at the event was Imma Merino, a Catalan film critic who writes for daily newspaper El Punt Avui.

Halligan, who also oversees Screen’s prestigious Stars of Tomorrow talent-spotting series, has been chief critic and reviews editor for Screen International since 2015.