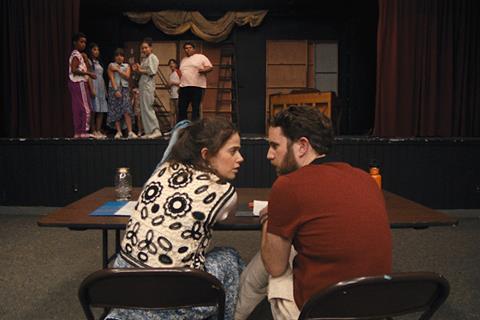 Searchlight Pictures has picked up worldwide rights from WME Independent to Sundance crowd-pleaser Theater Camp from Molly Gordon and Nick Lieberman and plans a theatrical release.

The mockumentary from PictureStart, Topic Studios, and Gloria Sanchez Productions is the second major acquisition announcement on Monday after Netflix picked up Fair Play in a deal in the $20m range.

The US Dramatic Competition entry earned a strong reception following the world premiere at the Eccles Theatre on Saturday and centres on the eccentric staff at an upstate New York theatre camp who must band together to keep it afloat after their founder falls into a coma.

Searchlight will announce further details on the Theater Camp release plan in due course. Paul Hoffman and Chan Phung brokered the deal with WME Independent on behalf of the filmmakers.

A second screening takes place on Monday night and the film become available online as of Monday.