Shortlist of three in the running for new BFI chair (exclusive) 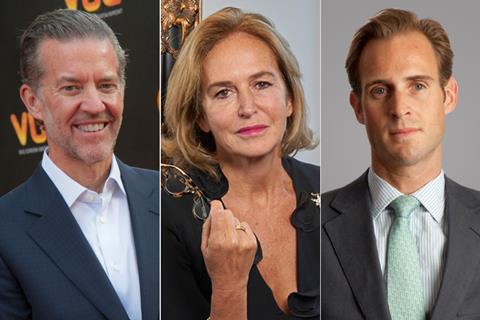 Tim Richards, founder and CEO of Vue Cinemas, Caroline Michel, CEO of UK literary agency Peters Fraser & Dunlop (PFD), and Nick Clarry of private equity firm CVC and chair of the Old Vic, are understood to be the three people on the shortlist to become the next chairperson of the British Film Institute (BFI).

Former UK culture minister Ed Vaizey, previously considered a very strong contender to take up the post, is now not thought to be in the final three.

The chair of the BFI is a government appointment via the Department of Digital, Culture, Media and Sport (DCMS), which also appoints the BFI board. Approval of the appointment will be made by the secretary of state for digital, culture, media and sport Oliver Dowden, with final sign-off from prime minister Boris Johnson.

The new chair will work closely with Ben Roberts, who was appointed CEO of the BFI in December 2019 and took up the role in February 2020. They will succeed Josh Berger, the former managing director of Warner Bros, UK, Ireland and Spain, who stepped down in November 2020 after six years in the role.

The role is unpaid and for a term of up to four years, with the possibility of renewal.

A former lawyer, Richards founded Vue International in 2003 when his SBC International Cinemas bought the 36-site Warner Village circuit and formed Vue. He was a governor of the BFI board from 2013 until 2020.

Michel has been CEO of leading UK literary agency PFD since 2007. She was previously head of the William Morris Agency in London, and has worked at publishing houses Random House and HarperCollins. She has been chair of the BFI Trust, an independent charity, since 2011, and has chaired the Hay International Literary Festival for the last five years.

Clarry is a managing partner at London private equity firm CVC, specialising in the sports, media and entertainment industries. He is also chair of the Old Vic theatre, head of the exhibitions committee at Serpentine Galleries and governor, director and trustee of the Courtauld Institute of Art. Clarry has previously worked at Morgan Stanley and Goldman Sachs.

If Vaizey is not on the final shortlist, it will come as a surprise to many in the industry who viewed him as having the inside track to the appointment. Vaizey served as the minister for culture, communications and the creative industries from 2010 to 2016, the longest-serving culture minister since the post was created in 1964. He was a member of parliament until 2019 and became a member of the House of Lords in 2020 where he sits on the communications and digital committee.

When contacted by Screen, the DCMS was unable to confirm when the new chair would be confirmed. Navigating the Covid-19 pandemic and negotiating the end of the Brexit transition period are both likely to have held up a decision of the government appointment.