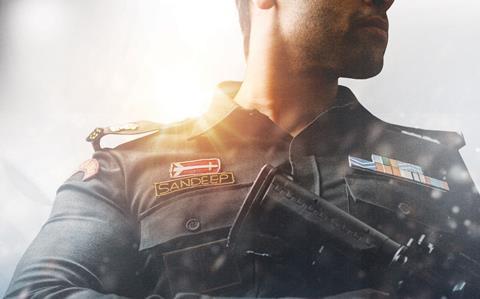 Sony Pictures International Productions (SPIP) is teaming with a group of leading producers in the Telugu-language film industry to make action drama Major, based on the true story of a commando who became a hero during the Mumbai terror attacks.

The film is inspired by the life of Indian commando Major Sandeep Unnikrishnan, who saved several hostages during the 2008 siege of the Taj Mahal Hotel in Mumbai.

Adivi Sesh, who has previously starred in and written breakout Telugu hits Kshanam and Goodachari, will play the lead. Shashikiran Tikka (Goodachari) will direct from a script by Sesh. Adivi Entertainment and A+S Movies will co-produce. Production is scheduled to start in summer 2019 for theatrical release in 2020.

The deal marks SPIP’s first foray into Telugu-language production. Mahesh Babu is one of the biggest stars in the Hyderabad-based Telugu industry, which is one of India’s leading film production hubs, along with the Mumbai-based Hindi-language film industry and the Tamil-language industry in Chennai.

“From Pad Man to 102 Not Out, or our latest Malayalam production 9 (Nine), we want to bring those stories that touch audiences’ hearts and yet entertain them,” said SPIP head and vice executive of production Laine Kline.