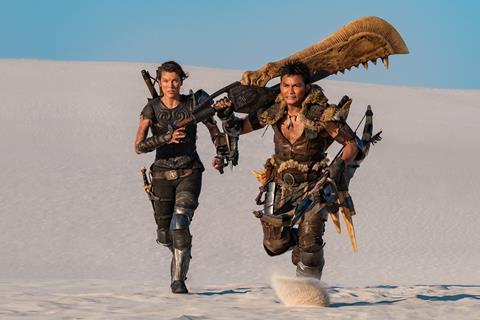 Sony Pictures has moved up the Screen Gems Milla Jovovich and Tony Jaa action thriller Monster Hunter from April 23, 2021, to December 30 of this year.

The studio also said on Monday (October 5) that Escape Room 2 has been moved from December 30 2020 to an unset future date, while Stage 6 Films’ recent TIFF Industry Selects entry The Kid Detective will open on October 16 this year.

Escape Room 2 is the sequel to the 2019 horror thriller that grossed $156m worldwide and centres on friends trapped in a deadly labyrinth.