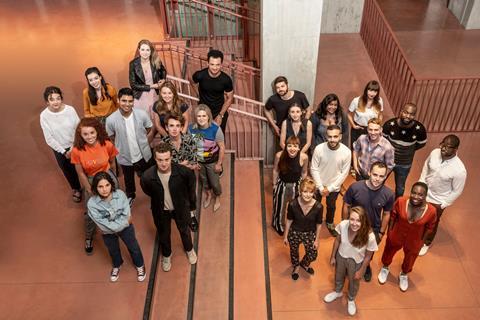 The 2018 Screen Stars of Tomorrow

Screen International is on the hunt for 20 new actors, directors, writers and producers from the UK and Ireland to showcase in its 16th annual Stars of Tomorrow portfolio, which this year will be launched in June.

This year, the roster will also include an up-and-coming head of department in five key categories: cinematography, production design, editing, casting and music.

Informal industry submissions, recommendations and nominations should be emailed to screenstarsoftomorrow@gmail.com for a two-week period only until March 16.

Candidates for Stars of Tomorrow should be young professionals with a track record – albeit brief – in the UK and Irish film industries, and need to be UK or Republic of Ireland nationals. All submissions will be subject to a lengthy vetting process.

Stars of Tomorrow is the film industry’s most successful new talent showcase with an unrivalled track record for discovering new UK and Irish actors and key creatives. This year’s Bafta Rising Star Letitia Wright, for example, was highlighted in Stars of Tomorrow in 2012.

Screen International’s Reviews Editor and Chief Film Critic Fionnuala Halligan takes charge of the selection process for a standalone issue of Screen to be published and distributed in June.