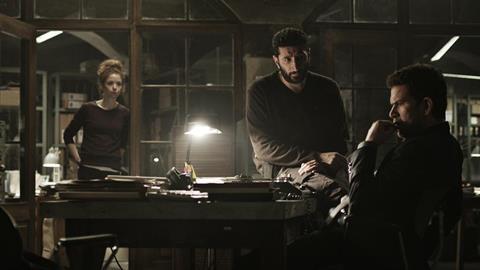 US distributor Sundance Selects has picked up North American rights for three Zentropa-produced thrillers: The Keeper Of Lost Causes, The Absent One and A Conspiracy Of Faith.

The deal was negotiated between Susan Wendt, head of sales at TrustNordisk and Sean Berney, manager of acquisitions at Sundance Selects/IFC Films.

The three Zentropa-produced features are all based on the bestselling books by Jussi Adler-Olsen.

The second instalment The Absent One, released on October 2, has currently reached the 700,000 admissions mark in Danish cinemas, making it 2014’s most popular film in the local market.

A Conspiracy Of Faith is currently in pre-production.

All three titles are produced by Louise Vesth, Jonas Bagger and Peter Ålbæk for the Zentropa Group in cooperation with TV 2 Danmark, ZDF German Television Network, ZDF Enterprises, TV4 Sverige, TV 2 Norge in co-production with Film i Väst. With support from the Danish Film Institute, Eurimages, Nordisk Film & TV Fond, Deutscher Filmförderfonds and Filmförderung Hamburg Schleswig-Holstein and Allerød Kommune. Developed with support from the Media Programme of the European Union.

Nordic distribution is through Nordisk Film.