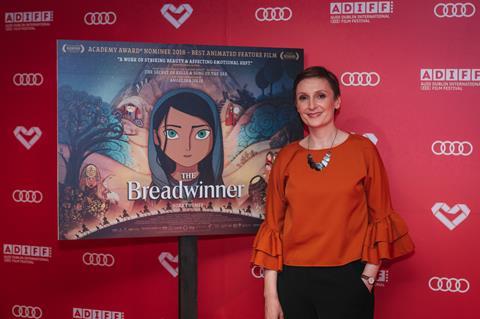 Nora Twomey’s animation The Breadwinner has received the audience award at Dublin Film Festival, in a closing to the event delayed by the severe weather in early March.

The film, which was nominated for best animation at the 2018 Oscars, had its Irish premiere in February at the festival. Based on Deborah Ellis’ novel, it depicts Parvana, an 11-year-old girl from the streets of Afghanistan whose family fights for a better life under Taliban rule.

Kilkenny-based studio Cartoon Saloon provided animation for the film, which will be released in both the United Kingdom and Ireland on May 25.

The 2018 edition of the festival ran from February 21 to March 4, and screened over 100 films, with six world premieres and a new virtual reality strand, ‘Immersive Stories: VR Conference and Exhibition’.