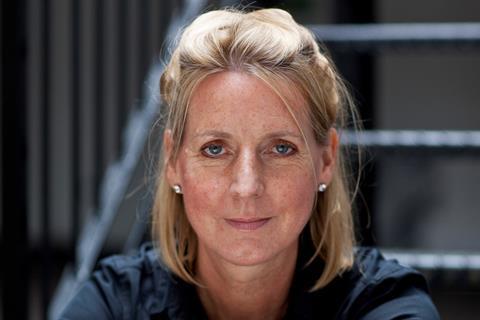 Orchid Pictures will be a London-based film and television producer and will work closely with Netflix on a slate of projects – though specific details of the agreement were not immediately forthcoming.

She will remain as executive producer on Netflix’s royal drama The Crown for its concluding fifth and sixth series.

Sky scripted development exec Hannah Campbell has been hired to aid her at Orchid.

Mackie joined Left Bank in early 2009 and was promoted to creative director three years later. She has executive produced shows such as Sky 1’s Mad Dogs, which was remade for Amazon in the US, and was more recently  producer on Philippa Lowthorpe’s Miss World feature Misbehaviour.

She also took on executive producer duties for The Crown and has the same role on Left Bank’s upcoming Netflix drama Behind Her Eyes.

“Having spent 12 very happy and creatively fulfilling years working with Andy Harries and the team at Left Bank Pictures, starting my own company felt like an exciting next chapter in my career,” said Mackie.

“The opportunity of further deepening my collaboration with Netflix presented an immensely exciting opportunity.”

Her departure is the first significant exit from Sony-backed Left Bank since company co-founder Marigo Kehoe left in 2018.

Left Bank chief executive Andy Harries said Mackie is “smart, wise and has great taste”, adding: “I have no doubt she will create some classy new shows for Netflix as well as riding side-saddle with us on The Crown.”