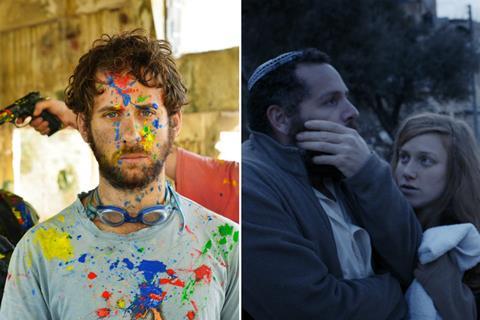 The Israeli competitions jury split the prizes between the two films ”for their profound qualities and unique cinematic modes of expression, each in its own special way.” The former award comes with a prize of 50,000 ILS ($13,500).

The Dive is about three brothers who reunite for a weekend to bury their father, before they head to war. The deserted kibbutz where they bury him becomes a surreal playground for a violent training ritual.

Red Cow follows 17-year-old Benny, an only child living with a fundamentalist father, whose religious, political and sexual life is changed by the introduction of a new young woman named Yael.

The jury chose it “due to its powerful main character and narrative that reflects society’s complexity.”

In the international competition, best feature film went to Matteo Garrone’s Dogman, a Cannes premiere about a man who runs a dog-grooming parlour in an Italian seaside town. The jury said “there is no emotion that the audience does not experience while watching 95 minutes of filmmaking at its best.”

They also gave a special mention to Ali Abbassi’s Border, another Cannes title, ”for its uniqueness and originality, which surprised us more than any other film in the competition.”

A FIPRESCI award for best international debut film was given to Camille Vidal-Naquet’s Sauvage, while best Israeli debut film went to Keren Ben Rafael’s Virgins. Rafael spoke to Screen about the creative process behind the film, saying that moving from English to Hebrew to French on the script was “a bit tiring, but also really enriches the film.”

This year’s festival, which opened on July 26 with Eliran Malka’s The Unorthodox, will close with Wes Anderson’s stop-motion animation Isle Of Dogs. The is released in Israel on August 9.