The other nominees are Laia Costa, Lucas Hedges and Anya Taylor-Joy. 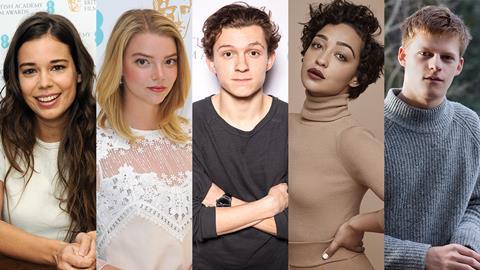 Bafta has announced the five actors in the running for the 2017 EE Rising Star Award.

Holland is most famous for playing Spider-Man in Captain America: Civil War and the upcoming Spider-Man: Homecoming. He also appeared in In the Heart of the Sea and How I Live Now.

Negga is currently winning rave reviews for her performance in Jeff Nichols’ Loving, and has also appeared in Preacher opposite Dominic Cooper.

Costa has appeared in several TV shows in her native Spain, starred in Sebastian Schipper’s Victoria and played the lead role of Lucià in the Russian film Fort Ross.

Hedges is currently starring alongside Casey Affleck in the Oscar contender Manchester By The Sea. His first big role was Wes Anderson’s Moonrise Kingdom.

The winner will be voted for by the public and announced at the British Academy Film Awards on Sunday 12 February 2017.