Tribeca: Altitude acquires 'A Nazi Legacy: What Our Fathers Did' for UK 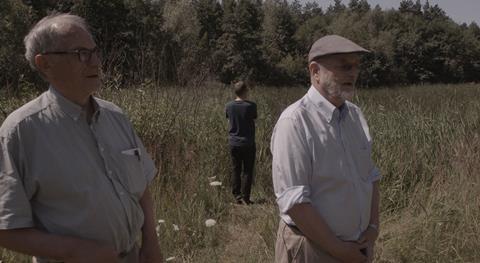 Altitude Film Distribution has acquired the UK rights for feature documentary A Nazi Legacy: What Our Fathers Did ahead of its premiere at the Tribeca Film Festival on Sunday (April 19).

For Frank and Von Wachter, the journey involves a confrontation with the acts of their Nazi fathers. For Sands, it means visiting the places where much of his own Jewish family was killed under orders of the fathers of the two men he has come to know.

The film is directed by David Evans, Emmy-nominated for his work on drama series Downton Abbey. It is edited by David Charap (Virunga;) and produced by Finola Dwyer and Amanda Posey (Brooklyn) from Wildgaze Films in association with the BFI and BBC Storyville.

The film includes exclusive access to archive footage - Frank’s family home movies - which go right to the heart of the Nazi regime from a family perspective, including ‘day trips’ to the Krakow ghetto. It is the first time this footage will have been seen in public. This archive has now been donated to the Holocaust Museum.

Will Clarke and Hamish Moseley of Altitude said the film was “a timely and important documentary with themes that speak to all of us”.

Worldwide rights are being handled by the Film Sales Company in New York. FSC’ president Andrew Herwitz indicated there has already been domestic and foreign interest in the feature.