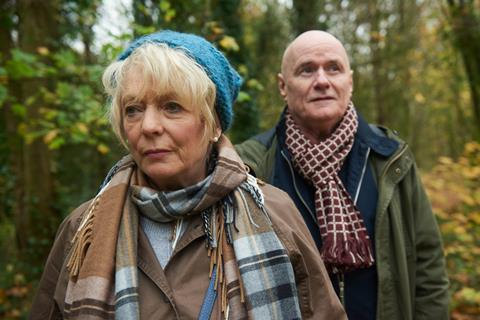 Parkland’s distribution arm Parkland Entertainment will release the title theatrically in the UK and Ireland on September 25, after its initial release date was delayed by the Covid-19 shutdown.

The film stars Dave Johns, whose break out film was Ken Loach’s I, Daniel Blake, and Mike Leigh regular Alison Steadman, as two older strangers, bruised by events in their past, who find romance over the course of 23 walks with their dogs.