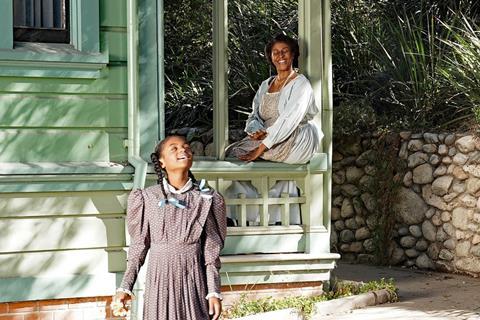 ‘Remember Me: The Mahalia Jackson Story’

The film stars US musician Ledisi as the gospel singer and activist Mahalia Jackson who had a close friendship with Martin Luther King Jr. and played an important role in the Civil Rights Movement.

Dowse died in August of this year at the age of 64.

Remember Me was the most nominated film of the night, contending also in best soundtrack and best actress for Ledisi.

Best feature film went to Marcus Markou’s The Wife And Her House Husband about a couple in the process of divorcing who discover a letter from their past selves. Markou previously directed Papadopoulos & Sons which won the audience award at Thessaloniki in 2012.

The awards were held at London’s Rich Mix and hosted by actor and filmmaker Femi Oyeniran alongside presenter Mosique Lavontelle.

The Wife And Her House Husband
Dir: Marcus Markou