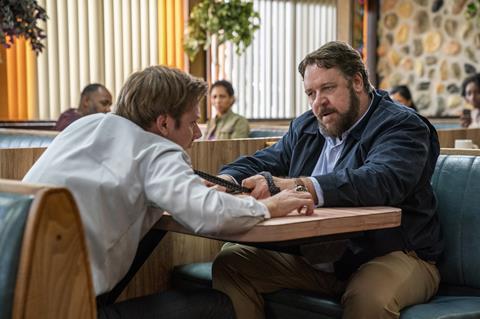 Altitude’s Unhinged topped the UK box office for a second successive weekend, with takings falling on a weekend of hot weather and no new blockbuster titles.

With several sites still to report, the Russell Crowe-led thriller grossed £115,188 from 275 locations for a £419 average. It has now taken £440,894 after two weekends and is the highest-grossing new title released since cinemas began to reopen in July.

Originally released two weeks prior to lockdown, the animated feature has been in the top two titles on every weekend since the reopening.

Released by Warner Bros and starring Seth Rogen, An American Pickle was the second new opener to breach the top five, grossing £27,255 from 163 locations for a £167 average.

Progress has been slow but steady for UK and Ireland cinemas since reopening, with takings having increased on the four consecutive weekends prior to this one. Five new titles are currently scheduled for release next weekend; with the first blockbuster set to be Christopher Nolan’s thrice-delayed Tenet through Warner Bros on August 26.