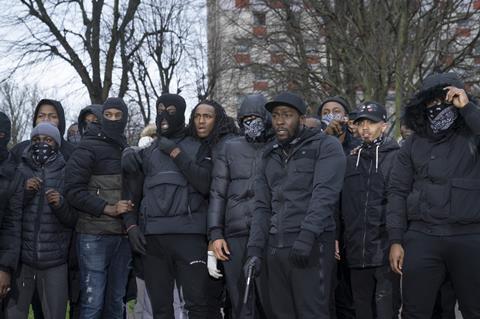 Tim Richards, Vue Cinemas founder and CEO, has responded to its decision to remove Rapman’s 15-certificate Blue Story from all of its UK and Ireland venues, following the director’s criticism of its initial response this morning.

“The decision to withdraw Blue Story was not an easy one and has left all of us at Vue shocked and saddened to be in this position. We have been in long talks with the distributor throughout and we have spoken to the Producers, we have also gone to lengths to talk to the Director directly, but sadly to no avail.

We are disappointed that this film is no longer on our screens, but we have a duty of care to our staff and our customers to ensure that their safety is not compromised. Having already put in place the additional measures, other cinema operators have also found themselves putting in place, we were still not satisfied the risk had been reduced to an acceptable level.

I have never misunderstood the power of any art form and this film is not alone in its impact. However, in over 30 years of working in cinema exhibition in the UK, I have never seen a nationwide issue like this affecting so many cinemas in such a short space of time. Group incidents started at 10am on a Friday morning throughout the UK, including small local cinemas, ending at midnight and then this started again at 10am on Saturday morning, ending at 10pm on Saturday evening - across 16 of our cinemas alone.

We have reviewed and assessed each and every incident in detail as part of our ongoing process of making decisions as to how we could possibly keep Blue Story on our screens. We are not alone in this process and know that screenings of Blue Story are also being reviewed, reduced or withdrawn by other operators in a number of locations for the same reasons.

Our reports also showed that Blue Story attracted a very young audience. Media have reported widely on the age of those attending cinemas, incorrectly associating their attendance with other movies. This is simply not true. A younger audience were attempting to purchase tickets for other movies to access the Blue Story screenings and were also resisting requests for ID. This also played a key role in incidents and our decision.

Importantly, I want to make clear that at Vue we do not condone any form of violence, abuse of our staff or customers or discrimination in any form. We provide an entertainment venue to people of all walks of life and our cinemas should be a safe haven for families and friends alike to enjoy their time together. We wholeheartedly agree that the issues that have arisen are not about the film, but neither are they about Vue. I have spent my career championing diversity in the industry working with institutions dedicated to British and independent Film and worked closely as a Director of BSAC, Film London, Skillset, BFI and BAFTA as part of this. We play over 500 titles a year ranging in diverse content, we are in the business of showing movies, not withdrawing movies.

It is clear that our decision has acted as a significant catalyst for a much-needed national conversation.“