Veteran German director Wolfgang Petersen is set to make his first film in Germany for 30 years. 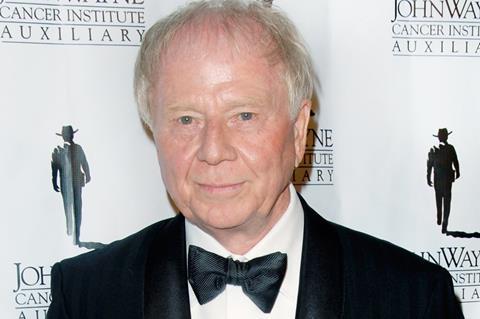 The TV film, made for the ARD network, was itself based on Ralph Maloney’s 1972 novel The Nixon Recession Caper about four members of an exclusive country club who decide to rob a bank to solve their money problems.

It would mark Petersen’s first film in the German language since the internationally feted Das Boot feature film and TV series from 1981.

The crime caper would also see the director make his first film in Germany since sci-fi Enemy Mine, which starred Dennis Quaid and was made at the Bavaria Film studios in Geiselgasteig in 1985.

The 2006 Warner Bros. production Poseidon was the last film where the 74-year-old was in the director’s chair in a Hollywood career that has included The Perfect Storm, In The Line Of Fire and Air Force One.

Warner Bros. already has relationships with Schweiger, Schweighofer and Herbig as co-producer and distributor. This year, the US major’s German outpost scored a major success with Schweiger’s Honig im Kopf  posting more than 7 million admissions in German cinemas since its release last December.

Funding for the project which was pitched during the Moscow Business Square’s Co-Production Forum last June has come from the Ministry of Culture of the Russian Federation and the German Federal Film Fund (DFFF), among others..

Munich-based distributor Alpenrepublik will release the film in Germany in 2016.