AMBI revs up with Lamborghini project

Andrea Iervolino and Monika Bacardi have optioned the life rights to Ferruccio Lamborghini and dropped another motoring biopic into the market alongside Enzo Ferrari. 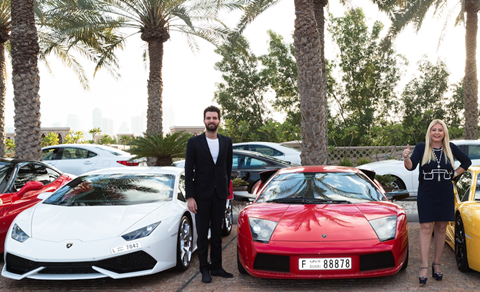 Lamborghini – The Legend (working title) will chronicle the life of Ferruccio Lamborghini and is based on a book with input from Lamborghini’s son Tonino.

AMBI Pictures plans to shoot in the summer in Italy and other locations that played a pivotal role in the life of the Italian entrepreneur. AMBI Distribution will handle worldwide sales.

The film will cover Lamborghini’s flamboyant personal life and span his extraordinary career, from manufacturing tractors tobuilding military vehicles during WWII and finally launching the luxury cars that shaped his legacy.

“I am very proud to produce a film about an iconic man who had such a profound impact around the world, and left a legacy that lives on in such strong spirit,” said Andrea Iervolino (pictured at left).

“Ferruccio Lamborghini was a pioneering businessman who brought honour to Italy and helped raise worldwide awareness for not just cars, but all products made in Italy. He started from scratch, relying only on his great passion and an unbridled desire to succeed in life – a desire he fulfilled.”

Monika Bacardi (pictured at left) added: “This story of Lamborghini is not only about cars, engines and a remarkable career. There is a fascinating, but lesser-known private life and a beautiful love story that will be told though our movie.”